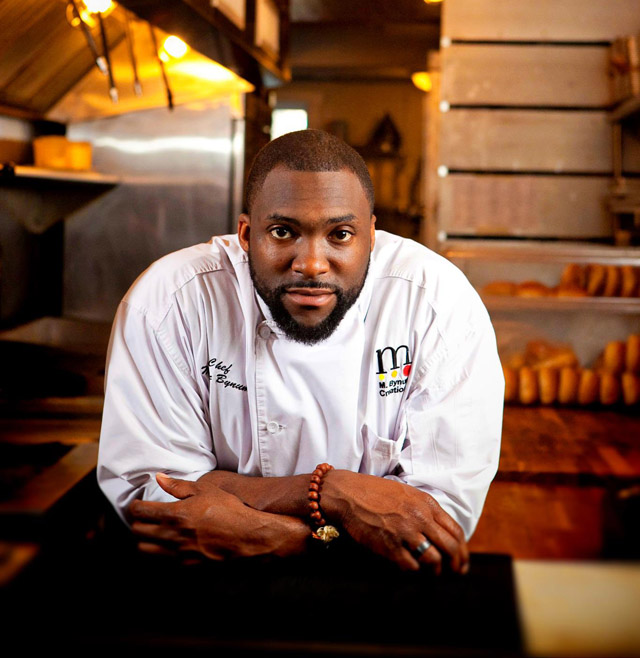 Posted at 00:11h in Uncategorized by mediumfour
0 Likes

It’s 2 p.m. on a Tuesday in late October and although the doors of Hush Bistro won’t open to the public for another three hours, Huntington’s hottest new restaurant is bustling with activity.

A camera crew is setting up for an autumn-themed photo and video shoot at the bar. The cooks are hard at work in the kitchen prepping for the production and the patrons who will follow.

Holding court at a long bench inside the nearly 70-seat eatery is chef-owner Marc Anthony Bynum, who’s interviewing a prospective employee while also conducting the symphony around him.

Before a staffer can reach Bynum with the plate that’s been prepared, the three-time winner of Food Network’s “Chopped,” a man whose cooking has made the cover of O, The Oprah Magazine, can already see that something’s a little off.

“That’s a whole lot of microgreens,” he says gently, before also noticing the entrée might have spent a fraction too long over the flame. “And the fish, can we make it a little lighter?”