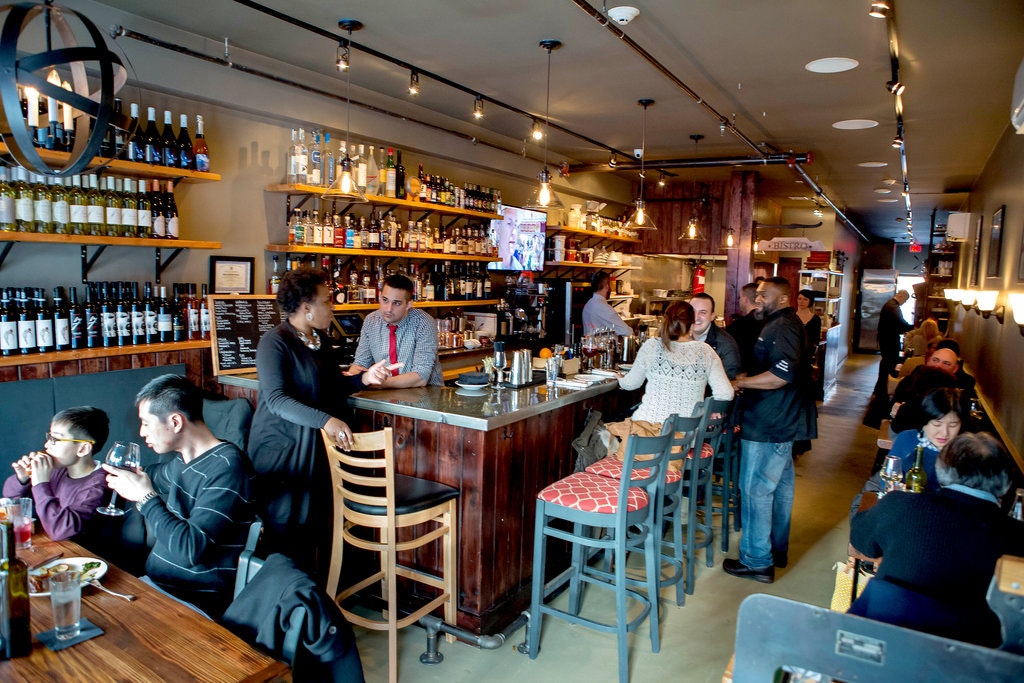 Posted at 00:10h in News by Marc Bynum Creations

“The food speaks” is the motto of Hush Bistro, which opened in Farmingdale in November. The attractive, thoughtfully prepared food does indeed have a voice, but people at the restaurant have not been hushed; they are part of the conversation, too.

For example, our amiable, enthusiastic waiter stopped by the table after every course to do a bit of cheerleading: “It’s delicious. Right?” That same night the restaurant’s hostess asked if we were first-timers and then gave a thumbnail dossier of the chef and owner, Marc Anthony Bynum. We learned that he was a Farmingdale native, had held top posts at Four Food Studio in Melville (since closed), Prime in Huntington and Tellers in Islip, and was twice the winner on the Food Network television series “Chopped.”