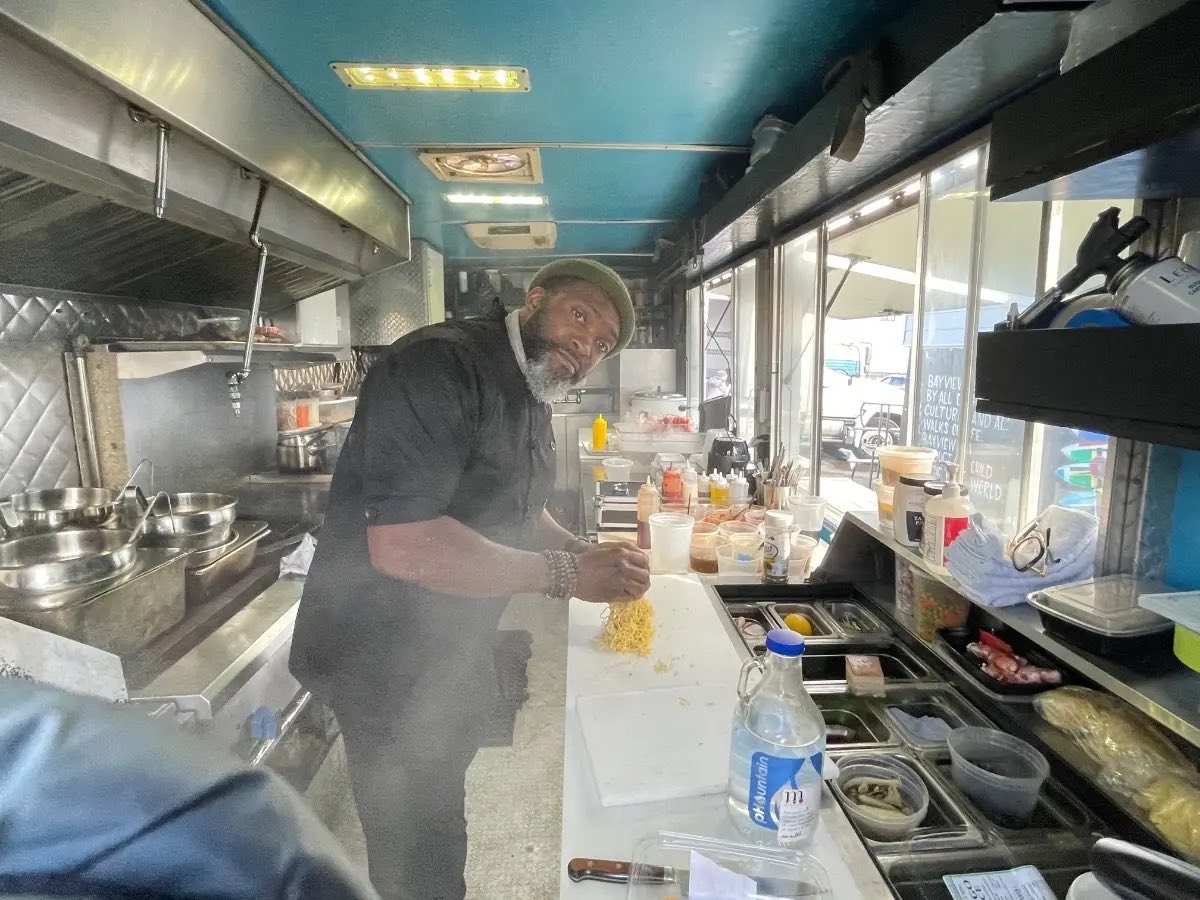 Posted at 17:15h in News by Marc Bynum Creations

FARMINGDALE, NY — Chef Marc Bynum is back in the spotlight. Bynum, the owner of Hush Food Truck, is set to appear on “Guy’s Grocery Games” at 8 p.m. Wednesday on the Food Network. The show is hosted by restaurateur Guy Fieri.

Bynum is a three-time champion of “Chopped,” another Food Network show. Bynum, who has owned restaurants in Farmingdale and Huntington, is excited to see what his appearance on “Guy’s Grocery Games” does for his food truck venture.

“I know what ‘Chopped’ did,” Bynum told Patch. “I think ‘Guy’s Grocery Games’ is just a little above that, so we’ll see where it takes us.”

The episode Bynum is set to appear in features four chefs who have won other competitions on the Food Network. The four chefs will compete in a pair of one-on-one sudden death matches, according to the episode description. The two winners of the dual pork dish battle will then compete in the finals.

“The chef who satisfies the random restrictions of the food wheel and makes the best Champion’s Dinner will win a guaranteed $15,000 and bragging rights for life!” the description reads.